A Saturday’s Child is the premiere special event company.  With a pioneer spirit and signature style, this arts and entertainment company presents clever and innovative productions in a surprising variety of venues. Whether addressing a theme, celebrating an occasion or delivering a message, we can tailor a property to satisfy a need or suit a moment.
A Saturday’s Child creates and produces original properties for stage.  We offer a catalogue of polished, packaged, professional shows designed for the long run or as a special event.  These shows are individually fashioned to be appropriate for targeted ages, groups and organizations.  They are easily mounted, easily adaptable, well-paced and affordable. Road-tested and built to travel, this company’s original works bear proven audience appeal and production marketability.
​A Saturday’s Child has remarkable prowess in creating, developing and producing promotional and commercial film work for private parties, public services and corporate markets.
In the wide spectrum of arts and entertainment, we have carved out a select piece of the pie and have become focused, proficient, experienced and recognized.  A Saturday’s Child does special events.
Dambra Sabato, Founder & Artistic Director

Dambra Sabato’s work in the arts as a writer, director, producer, performer, teacher, musician, ﬁlmmaker and consultant reﬂects decades of experience and achievement. Born in Philadelphia, he appeared in many of the eastern seaboard’s most notable entertainment venues.  Nine years ‘on the road’ broadened his skills and, following a successful tour with the Santa Fe improvisational troupe, ‘Rimshot’, returned as a featured Atlantic City entertainer from 1981 to 1994. Since then, his creative dexterity has included stand-up comedy, radio, ﬁlm and television collaborations, another improvisational outing (with the ensemble ‘Twist-Id’), the CD release of ‘Calm Before the Storm’  (original music and lyrics), storytelling, motivational speaking, cultural and educational programming and production consulting.
As a partner in Left Field, unLtd., he wrote and directed shows and special events for Atlantic City casino properties. The company’s singular, theatrical style broke new ground and established their reputation for unique and innovative productions. Left Field’s critical and box ofﬁce success, ‘SHABOOM’, is the only Atlantic City casino show ever to be presented by three entirely different properties four separate times. In 2003, Dambra wrote and directed the ﬁnal holiday production for the Sands Casino and Hotel in Atlantic City.
​With an instinct for conceptual design and a talent for troubleshooting (stepping in, sorting out, sharpening, shaping, spicing, stylizing...saving), his consulting practice remains active and eclectic. Contracts for artwork, text work, voice work, media copy, jingles, speeches, publicity, promotional and public relations pieces are completed amidst the ongoing creation and development of his own projects, programs and treatments.
​Dambra taught theater arts for the Southern New Jersey Consortium for Gifted and Talented Children for ten years and professional child, teen and adult acting classes for over thirty years. He has participated in Arts in the Schools programs and State Teen Arts Festivals. Public and professional recognition for his work with young actors provided funding to write and produce shows addressing drug prevention and teen suicide. As an ‘artist in residence’, he aids in the creation and development of the Core Curriculum Content for Visual and Performing Arts. Dambra’s curriculum is presently being taught in several states. He teaches an active roster of private acting students and has conducted Master Classes in New York City.
He partnered in shoreﬁrenewjersey.com, an entertaining travel and tourism website showcasing over 70 ﬁlm features, written and directed by Dambra.
​A Saturday’s Child, his arts and entertainment company, develops and produces original artistic and commercial properties for stage, film, television and special events. Offering an impressive catalogue, the company presents clever and innovative productions in a surprising variety of venues.
​His latest written works, ‘The Misguided Muse, thoughts in translation’ (a collection of essays) and ‘The Fablemaster’s Tales’ (a children’s offering) are seeking publication. 'Backstories', his series of one-act plays, will get another outing in late 2017, while two other plays and a variety show are being readied for production in 2018.
Dambra's life continues to be kept busy...working in the arts.
Chelsea DiPilla, Executive Producer 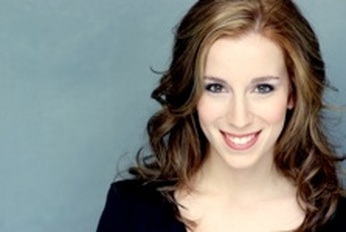 Chelsea DiPilla lives and loves a life in the arts. She uses a pencil to sketch, a pen to write and a stage to sing and act. She has a love affair with music, a passion for the theater, an infatuation for film and a fiery need to perform.   Beyond all this, is her nature to research, gather and organize, ‘tie up the loose ends’ and ‘put all the pieces together’.
Chelsea DiPilla is a twenty-something, English/Irish/Italian, east coast girl with city style, street smarts and show business in her blood.  A commercial at 5, high school lead, then musical theatre at ECU, she early found and still follows her path with heart, continuing her education while now practicing her profession.
​She launched 2008 as featured vocalist at Trump Taj Mahal Hotel and Casino’s New Years Eve celebration in Atlantic City, shot a national web commercial soon after and, from 2007 to 2010, co-hosted over 30 film segments for ShorefireNewJersey.com, an entertainment website sponsored by the New Jersey Department of Travel and Tourism.  She was a featured performer in ‘Monday Night Monologues: An Actor’s Arena’, now a proposed series pilot for a major cable network.  Inspired by yesterday’s legends and today’s giants, Chelsea’s self-produced, self-titled, debut CD showcases her distinctive and versatile vocal style and appealing original lyrics.
Chelsea DiPilla is multitalented multi-tasker.  Bright, inquisitive, creative and fearless, she combines well-honed people skills, a sensitivity for the artistic temperament and a talent for getting things done. She is able to combine a rational business instinct with style and substance, while still pursuing an active performance career.
Someone once said, “producers are born, not made.”  The ingredients are a composite and complement of skills acquired through experience in a variety of related arenas.  A natural coordinator and juggler, the producer sets a practical and persistent pace, aware of the inherent difficulties and inevitable surprises.   ​In 2011, Chelsea was recruited by A Saturday’s Child, an arts and entertainment company.  Smart, skilled and resourceful, Chelsea DiPilla seems more than well suited to her role as Executive Producer.
Ray Croce, Managing Director

Ray Croce has been able to successfully straddle the real world by day and the artistic world by night.  By keeping one foot in each arena he brings a unique perspective to his role as Managing Director of A Saturday’s Child.  Using his experience as a manager in the Healthcare field, Ray’s role will be creating a firm foundation from which A Saturday’s Child can build a quality property.
Ray has worked in the field of Radiation Oncology for over thirty years.  During that time he has held managerial and administrative positions for several major university hospitals in the Philadelphia area.  He is sure that the business acumens he has learned will translate to the artistic demands of this company.  As he likes to point out, “A contract is still a contract and a budget is still a budget.”
As an artist Ray began as a musician in the 1970’s.  He plays both guitar and bass along with a little piano.  He has performed with garage bands and clubs bands as well as spending a couple of years as a street player on South Street in Philadelphia.  Ray still continues to play with a few friends.
​In 1993 Ray made his stage debut and since then as performed in over 50 productions from Philadelphia to Atlantic City.  Ray also began performing along with Dambra Sabato in “Twist Id”, a fast paced improvisational comedy troupe.  2003 saw Ray join forces with four other like minded creative people to form “Actors Core Theater Company”. ACT mounted 8 successful theatrical seasons and 3 semesters of acting classes.  His time with this company saw Ray work as an actor, director, producer and teacher.  Going back to the skills he honed with “Twist Id” Ray began writing and performing short form comedy skits with “Government Cheese Theory”.  This was a multimedia approach to comedy that used live performance combined with digital film.
​Ray brings security to the company on several levels.  His theatrical prowess is a staple.  Dambra has called Ray “a master of illusion, a seducer of audiences...a formfitting, shape-shifting, always believable chameleon, the consummate character actor.”  He has always been a first choice for Dambra in casting.  Friends for many years, Croce and Sabato have grown fraternally close, becoming supportive and protective of one another...perfect positioning.  Able to see and interpret, Ray can provide secure foundations upon which to create shows.  Able to see and advise, Ray can reel in the sometimes overly zealous artistic director with caring guidance.  Ray often describes his job title as ‘the leash’.  Croce and Sabato have a history that guarantees a future.
A clear thinker, a competent negotiator and a serious artist, Ray is certain to get the job done.
Frank Sabato, Creative Consultant  (1954-2012)

At another time, in another place, this credit would have read ‘consigliere’.   Frank Sabato had deep resources for entertainment and history at his ready disposal.  Having a remarkable wealth of data and detail, he supplied artistic reference and period relevance.  He provided insight, influence, invaluable guidance and a unique and fresh perspective.
Frank also had an incredible grasp of cinema, knowing writers, directors, producers, everyone involved with the making of a film, down the the gaffer on the second unit.  His diversity of knowledge and breadth of facts was far from trivial.   He had answers that would  send another researcher off  ‘googling’.  He was well read, well informed and able to connect seemingly unconnected facts and details.  What a wonderful mind.
​This company is grateful to him and will feel his loss. We will miss his companionship and collaboration.

At the heart of A Saturday’s Child’s productions is a company of highly-skilled actors, performers, and production professionals.  It is their dedication to the art and their much valued alliance with this company that allows us to attempt and achieve greater creative heights and unparalled performance events.
The Skylark Repertory Company is a constantly growing number of artists, reflecting range, scope and diversity, enhancing our presence and enabling future innovation.  They are accomplished practitioners of the trade, working with many different theater, film and entertainment organizations, appearing on stages across the country.  They are the miraculous building blocks upon which we create new and inventive signature properties.
​A Saturday’s Child is honored by the association and collaboration of this remarkable roster of talent, experience and acclaim.
​
Why Skylark?
The skylark is among the most melodic of all the songbirds,
unable to contain his nature to sing.
It’s very name, ‘lark’, means to frolic, a spree of self expression.
​And, a gathering of skylarks is called an ‘exaltation’.